Mothing is on the fringes of natural history exploration, at least in the eyes of most people. Curiously, it’s also one of the easiest ways to appreciate nature in one’s own backyard.

When you tell someone you are a birder, they can usually relate at least indirectly. Everyone has a general familiarity with birds. Backyard bird feeding is one of the most popular nature activities in the United States. There are popular movies about birders.

Butterflies have also earned respect, even to people who don’t own a pair of binoculars. Most folks are at least vaguely familiar with the idea that caterpillars transform into butterflies. The plight of the monarchs has increasingly been in news coverage, and people are rallying behind this charismatic invertebrate.

When you mention mothing as one of your hobbies, however, you’re for sure going to have to address more than a few major moth misconceptions. A growing set of nature enthusiasts, including Kelly Brenner, author of Nature Obscura, are championing the overlooked and underappreciated members of the Lepidoptera order.

According to Brenner, in her first summer enjoying moths she “photographed a moth that was emerald green, another that was pink, one that was half yellow and half black, and one that was as white as fresh snow.” In just a few months she captured images of a couple hundred moth species and “was completely hooked and happily identified myself as a new ‘moth-er.’”

Much of the appeal to mothing is that it is both easy to get started with and endlessly fascinating. True numbers are hard to pin down, but scientists estimate there are between 150,000 – 500,000 species of moth worldwide.

The thrilling anticipation of seeing something new is always present. 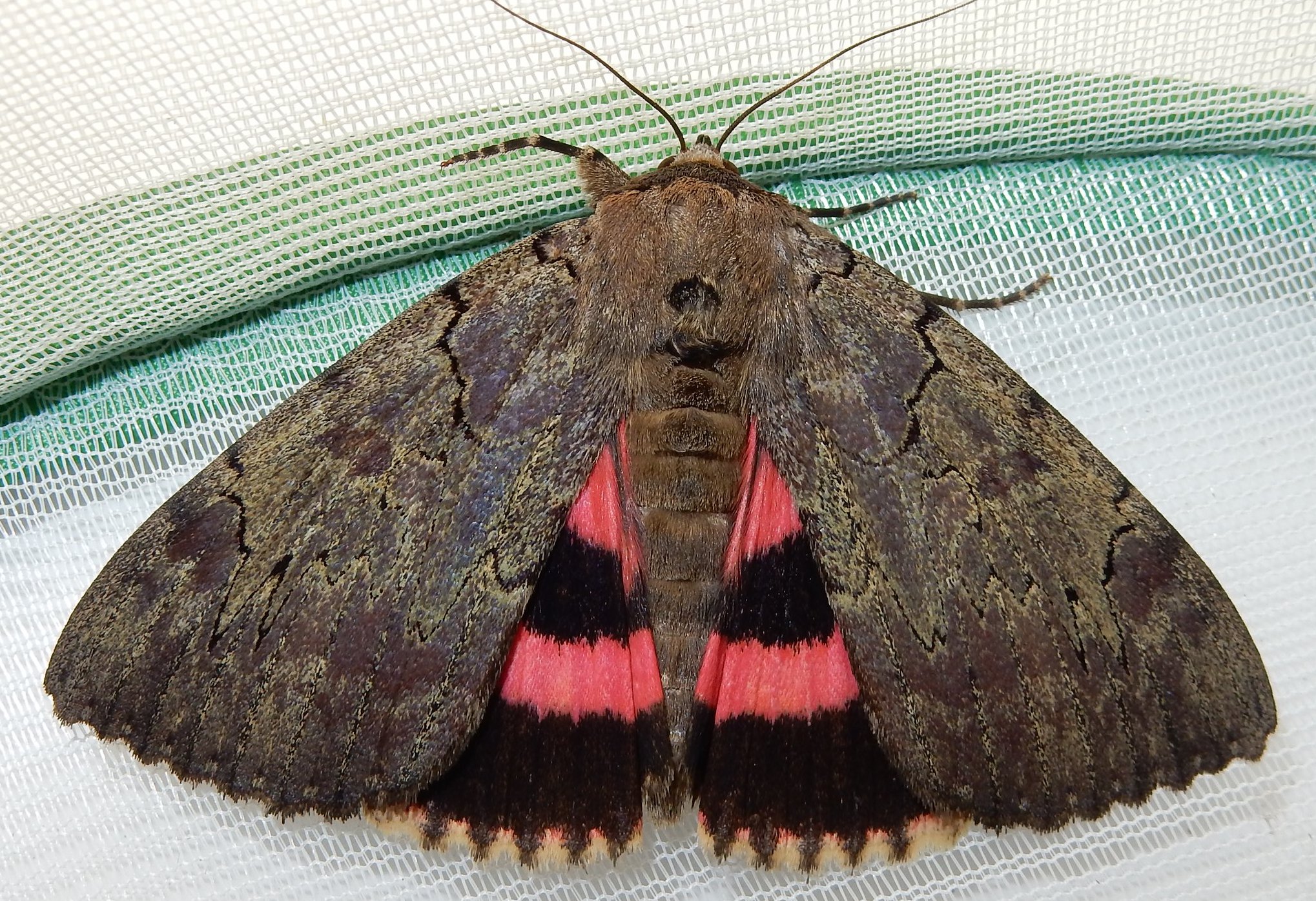 The first falsity you’ll like encounter when dabbling in moth watching is that moths are all drab. There are more than 11,000 moth species in the United States, and they cover the spectrum from small, nearly nondescript individuals to spectacularly bright moths 7-inches across.

It’s true that many species are sparrow-like in appearance. Their beauty comes in subtle contrasting browns. A number of these LBJs (to borrow the birder’s term for little brown jobs) show off bold stripes and patterns and can be quite stunning. The dingy cutworm has crisp sharp lines. The zales, like the widespread lunate zale, have an extreme camouflage. Zales can be hard to see when they are sitting on the side of a tree, but once you spot them, the scalloped wing edges and intricate symmetry is quite lovely to look at.

Underwing moths appear muted, yet they reveal some of nature’s brightest colors in a fluttering flash. The hindwings of this group of moths appear to have been plucked off stereotypical butterflies and tucked discretely under the gray and brown wings of moths. Sweetheart and darling underwings show boldly contrasting pink and black lines on the hindwing. Different species conceal vibrant orange and yellow hues.

Other moths flaunt their brightness. Giant silkmoths including the luna, Polyphemus, and cecropia are some of the largest moths and are hard to overlook. The tiny ailanthus webworm moth is a mere 1-inch long, but it looks like a beaded jewel pendant.

It is also fairly common and a species likely to be spotted hanging out during the day. The wings are tucked back, so you might not even recognize it as a moth initially, but you’ll be dazzled by its alternating pattern of orange and intricate black-ringed white spots.

A Batch of Moth Bait

Another misconception is that moths are difficult to spot. Moths are widespread, but they can be easy to miss. For the moth-watching enthusiast, a couple of tricks help bring the moths in from near and far.

One of the easiest ways to find moths is to locate them before they become adults. Some of the most familiar caterpillars are in fact species of moths. The larval form of the Isabella tiger moth is nonother than the orange and black woolly bear caterpillar.

Tent caterpillar moths are also widespread and frequently seen, although admittedly, less appreciated, as are hornworm caterpillars munching on the bounty of the garden.

For viewing adult moths, you can attract them with bait. There are numerous variations, but the basic recipe includes over-ripened bananas, cheap beer, and brown sugar or molasses. Stir up a batch and let it sit someplace warm. It only gets better with time.

Most people apply moth bait in the late afternoon to early evening hours. You can paint it directly on a tree trunk but be aware that it can discolor the bark slightly. When the sun goes down, check the scent stations every so often.

Activity will pick up as the night progresses. You can see plenty of neat species even if you are in bed before midnight. The geometers seem especially attracted to bait, as are the underwings. Moths will seek it out from miles away.

Drawn to the Light

Moths and other insects are attracted to lights. For those wanting to take their moth watching to the next level, a small investment in a black light and a mercury vapor light is useful. These light bulbs put off extreme heat so be extra careful around them.

The lights are projected onto a white sheet draped over a fence or hung between two poles. Many insect species that aren’t attracted to the banana bait concoction can’t resist the lights. In addition to moths, expect a diversity of invertebrates to crash your moth soiree. Lacewings and at least one Pelidnota beetle are almost inevitable.

One cheap and easy alternative to putting out lights is to hang a modified bug zapper. By clipping a couple of wires you can convert a zapper into a harmless moth light station.

In Nature Obscura, Kelly Brenner describes with amusement the looks on the faces of her guests when they see this presumed bug-killing machine in her yard. “It usually goes from shock to confusion and then to concentration as they try to figure out how to best ask me about it,” she writes.

Brenner also offers up a more passive moth watching technique. Simply leaving the porch light on overnight can bring in the moths.

Then you can do your watching first thing in the morning with your coffee in hand. The majority of moths will have dispersed back into the wilds of your neighborhood, but plenty of individuals will linger until morning for your viewing enjoyment.

You don’t have to stay up all night to watch moths either. While it’s true most moths are nocturnal, some, including a few hummingbird or sphinx moths, can be seen visiting flowers during the day.

People still have a hard time believing how widespread the hobby of mothing is. Moth Week has become a worldwide event. Since 2012, Moth Week has been an official citizen science celebration. What started as a small local event by the Friends of East Brunswick Environmental Commission in central New Jersey has transformed into one of the most popular community nature events.

Each year, Moth Week is the last full week in July, but moth action doesn’t turn on and off at the beginning and conclusion of the event.

Moths are active from early spring to late fall for much of North America. The species composition will change throughout the seasons, but there is always something interesting to look for.

It’s easy to learn more about moths and connect to other enthusiasts. There are a number of excellent field guides, usually organized geographically due to the large number of moth species. A number of online forums and communities exist to promote mothing as a hobby and to help sort out many of the trickiest identifications.

It’s not yet as popular as birding, but as you start your new mothing hobby tonight, know you’re joining a dedicated cohort of other nature enthusiasts.

A Beginner’s Guide to Butterfly Watching