Wolverines Move Into New Territory, But Still Need Our Help

Between 2008 and 2016, a wolverine with 8-inch-long legs, little interest in companionship and a penchant for traversing deep snow wandered its way nearly 1,000 miles from northwestern Wyoming down to Colorado and back up to its demise in North Dakota.

The creature’s walkabout was nothing short of epic, talked about in wildlife circles for years as an example of just how little people know about the other animals that share our planet.

But maybe the journey of wolverine M56 was more than a fluke of nature. Maybe his lonely odyssey was actually a satellite voyage to foretell of others following his path.

Wolverines have inspired generations of folklore and one cranky comic book character. New research shows that their real lives may be even more spectacular, as wolverines spread south into new territory.

A Byproduct of Poison

No one knows just how many wolverines once traipsed the high mountains of North America. Sightings ranged from the Canadian border south to Colorado and California, but a combination of elusiveness, solitude and forbidding home range meant few people were interested or capable of keeping track of their populations.

“I don’t think anything else comes that close to naturally existing in such low numbers, across such a big area,” says Bob Inman, carnivore and furbearer coordinator for the state of Montana and arguably one of the country’s leading wolverine experts. “It’s the way that species operates. They’ve always been limited to high alpine area in the Lower 48 and there probably hasn’t been a whole lot of them.”

They reproduce at exceptionally low rates. One female may raise two cubs – also called kits – every two to three years. Their bodies are the size of blue heelers and their paws are the size of big coffee cups, ideal for covering large distances over snow. Contrary to popular legend, their slightly retractable claws are better suited for grabbing marmots or tearing through partially-frozen, winter-kill moose, deer or elk than aggressively hunting and killing prey 10 times their size.

In the early 1900s, they were trapped for their pelts and shot out of concern over livestock. But mostly their deaths were a byproduct of successful attempts to eradicate wolves and bears by sprinkling poison on carcasses.

And then they were gone, extirpated successfully from the Lower 48. In the 1930s, they started wandering back down from Canada into Montana.

A female wolverine’s home range is about 300 square kilometers, and a male’s is 800 square kilometers. They mark their territory and don’t enjoy spending time together outside of their family units. That means as numbers painstakingly increased, more of them started moving south.

Outside of trapping records in Montana, no one really knew where they were going and how fast they were expanding.

“Previously there would be literally a handful of observations of wolverines across the four-state area in any given year to the point that they could have blinked out and it would have been five years since anyone looked up and said, ‘Hey, we didn’t get our two wolverine records from Idaho, Wyoming or Washington last year, what is going on?’”

In 2015, a group of four states, more agencies than generally ever work together and a crew of volunteers embarked on the largest wolverine monitoring process in U.S. history.

It still won’t give them a population estimate – that wasn’t the point. Wolverines just can’t be counted like herds of deer or elk.

But they can be mapped for distribution.

To figure out where the elusive critters spend time, dozens of researchers and volunteers skied and snowshoed into the West’s most inhospitable, avalanche-prone country to set up camera traps. On trees that were either in territory wolverines had been spotted, or areas where wolverines could be, they tied bait and splashed scent. Below the bait they wrapped wire brushes that collected strands of hair when wolverines climbed up to eat or investigate. A nearby motion-sensor camera captured images of the creatures.

“When we started this baseline survey, one possibility was that we find blanks on the map where we don’t have wolverines but we do have habitat,” Inman says.

What they ultimately found surprised nearly everyone, including Inman. 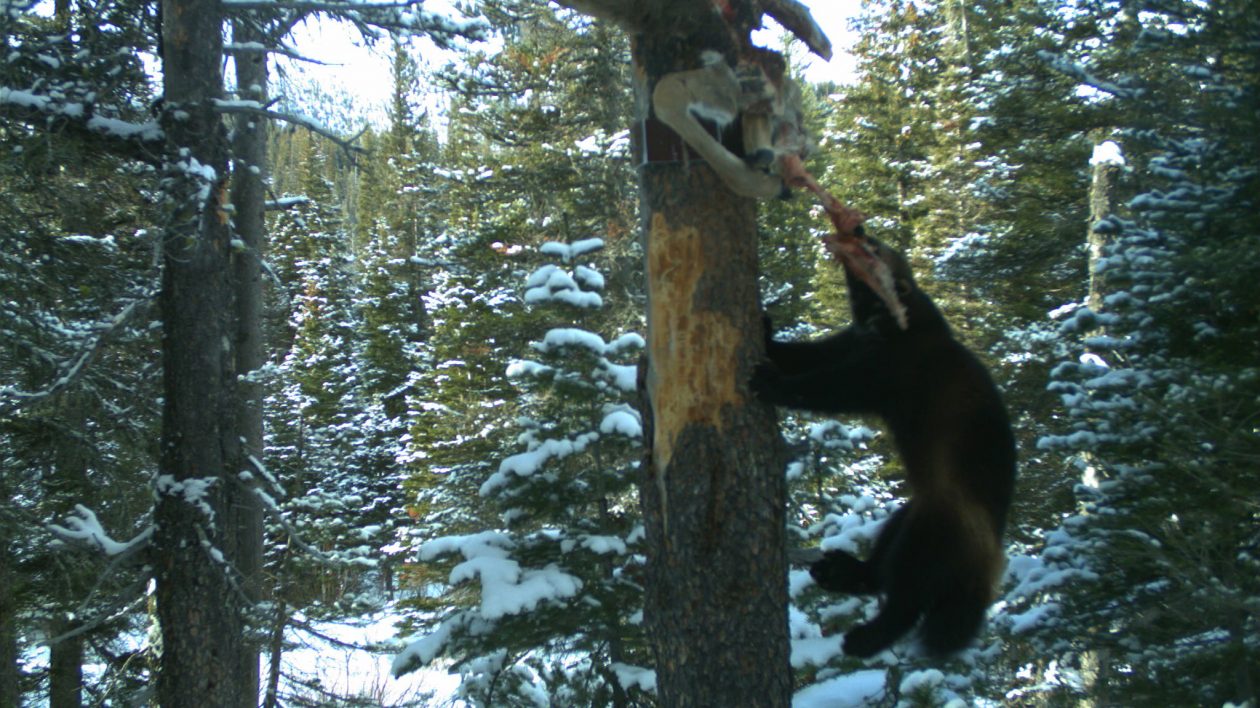 A female wolverine was documented for the first time in more than a century in Washington’s southern Cascade Range.

“We had two unique females in the Wind River Range for the first time in a century, and they had overlapping males,” says Zach Walker, nongame program supervisor with the Wyoming Game and Fish Department. “We see ourselves as the leading edge of recolonization.”

A three-part video created by the U.S. Fish and Wildlife Service and viewed thousands of times showed one of those wandering wolverines on a bait trap in the Owl Creek Mountains on the Wind River Indian Reservation in Wyoming. It shuffled to the camera’s lens, adjusted it, then returned to eating before eventually rolling – literally – out of the frame.

The wolverine news is positive, but Inman was clear: they still need our help. 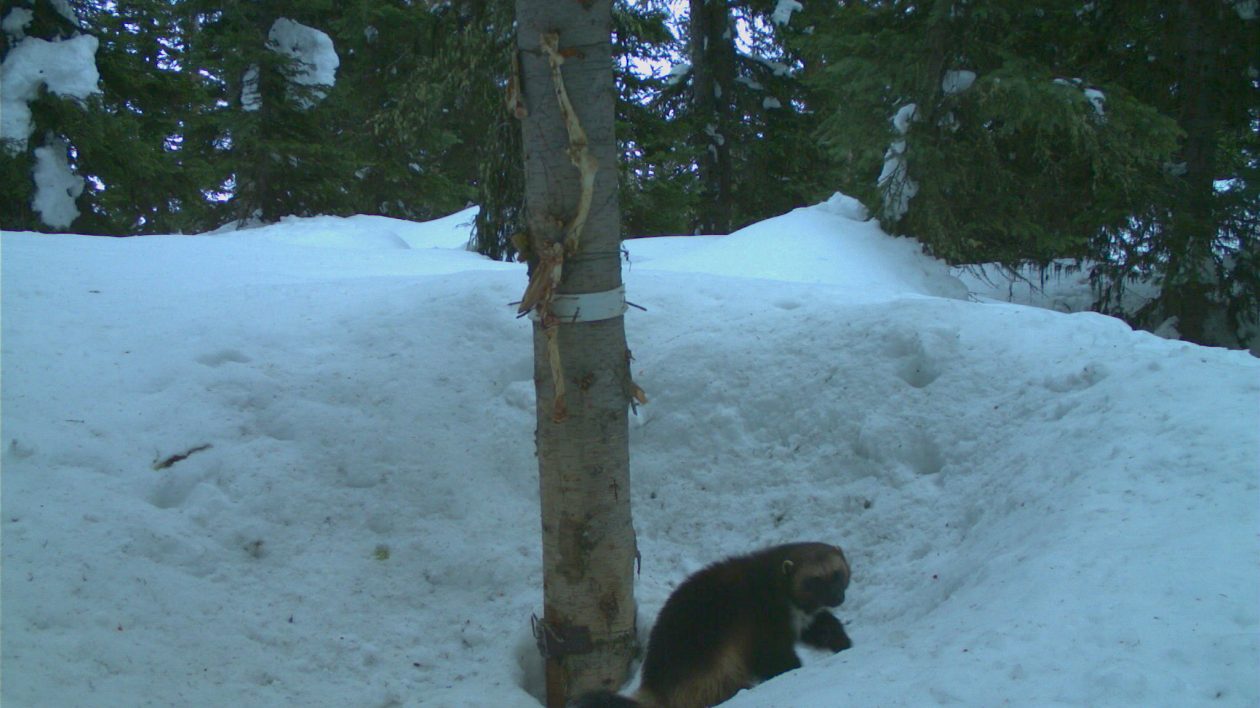 Reintroduction into places like Colorado would be one of the quickest and most promising ways to aid their spread, but it remains a touchy subject because of concerns over a possible endangered species listing and the land use rules that could bring.

Either way, even if wolverines were ultimately placed on the endangered species list, their potential future could not be used to regulate emissions and ultimately climate change.

Researchers will continue their monitoring project. The study was designed to repeat every five years to see where wolverines are, or are not, living.

This information will go into maps that can then go to land management agencies and, mostly importantly, organizations including The Nature Conservancy that work in the protection of habitat. The ultimate goal will be to ease the wolverines’ transition across valleys from one range to another, from one mountain top to another. 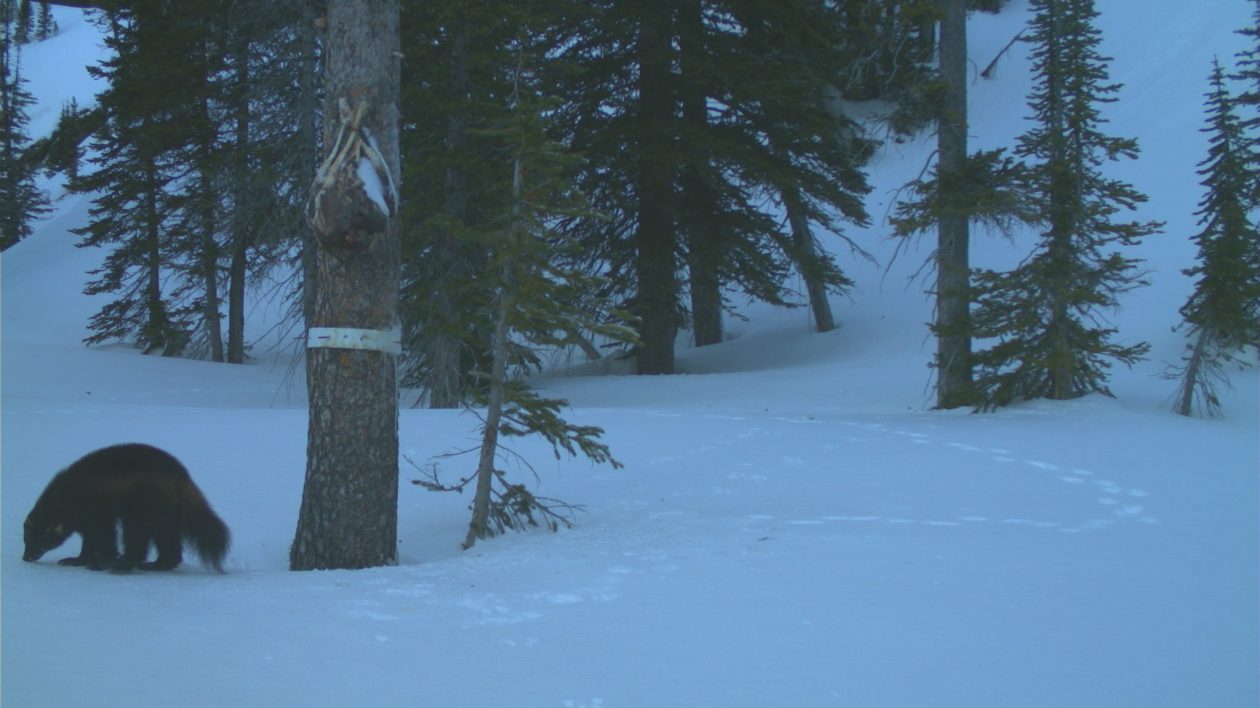 Because not every wolverine is like famed M56. Not all of them will cross four-lane interstates and vast, arid deserts. But given space, some might come close, and all it takes is a male and female.

“They are adaptable and they are survivors, and we’re finding evidence of them doing things we didn’t realize they did before like denning places that don’t just have deep snow, which gives us hope they will be able to hang around with some impacts to climate,” Inman says. “They’re not just going to fold up and go away.”