The Ocean-Sized Problem That Nobody Is Talking About

What if I told you that your aspirations to address the global water and sanitation crisis – were too small? You might ask yourself how you could possibly go bigger given the scope and scale of this challenge? When one endeavors to address some of our biggest water challenges – and they are huge – generally the focus is on safe drinking water, access to safe sanitation, and human health and well-being.

Usually, coastal waters are left out of the discussion around the problem and potential solutions. Once you factor it in, the challenge gets bigger…ocean-sized in fact. This can be overwhelming – but it can also be exciting. To understand the connectivity between ocean health and how we use or in many cases, misuse, water is to understand the interconnectivity of our planet. When you get down to it, it is downright awesome.

The ocean is vast. It is deep. Standing on the shore, it may seem to go on forever. This misconception has led to the ocean being used as a dumping ground. Lately, we are hearing a lot about ocean plastic pollution, but the reality is, we have a much bigger problem. And it has been growing as the human population has grown.

Coastal pollution from our sewage, septic systems, cesspools, pit latrines, and even open defecation is impacting the health of coastal habitats and is impacting nearby human communities that depend on a healthy ocean and fisheries.

This is not just a developing world problem. It might surprise you to know that in the United States there are several hundred cities that intentionally discharge untreated, raw sewage into their coastal waters whenever their sewer systems are overwhelmed with stormwater. These combined sewer overflow systems (CSOs) were designed long before engineers could imagine the growth of the human population we’ve experienced or the possibility of the long list of toxic contaminants that would find their way into our local water bodies.

As an example, whenever it rains as much as 1/10th of an inch in New York City, they open up the sewer system and discharge directly into the Hudson River Basin. This happens regularly – discharging more than 27 billion gallons annually of raw sewage. The tropical paradise of Hawaii is no different. With more than 88,000 cesspools in use (basically a hole in the ground) that are leaking an estimated 53 million gallons of untreated sewage into ground water every day. Think about that next time you go for a dip in the sea (or the river as the case may be).

The reality is that coastal waters have often been THE solution for many trying to distance human populations from their, well for lack of a better word…poop. Unfortunately, it doesn’t work that way. Sewage, when not treated properly, harms the ecosystems that people depend on for food and their livelihood. In the ocean, sewage sickens people through a range of modes like contaminated seafood, toxic algal blooms, and illness from swimming or other exposure to contaminated waters.

Where does this sewage problem need to be solved? It needs to be solved wherever you find people and not just coastal people (remember from “Finding Nemo” – all drains lead to the ocean) – but even more so where there are lots of people. Think cities. A great place to start for sure.

Solving coastal sewage pollution will require a variety of new approaches and cross-sector collaborations to succeed. Technology has a critical role to play.  The better we get at designing and deploying capital-efficient, versatile technologies that remove nitrogen, pathogens, and pharmaceuticals from wastewater – the more likely these solutions will be adapted for a range of social and environmental conditions.

This is why I am excited to be a judge for this year’s Urban Water Challenge. UWC is a global, innovation competition that unlocks deployment awards to fund solutions that accelerate water sustainability for people and the planet. This year the Challenge spotlights the connection between cities and ocean health.

As a colleague of mine is fond of saying, any treatment is better than no treatment. But we can do a lot better than that. Innovation is needed and we have underutilized this tactic when it comes to protecting coastal waters.  Once people know this is a problem, people will start solving it. So, now you know it is a problem. Why not go big and get to the root of it all? 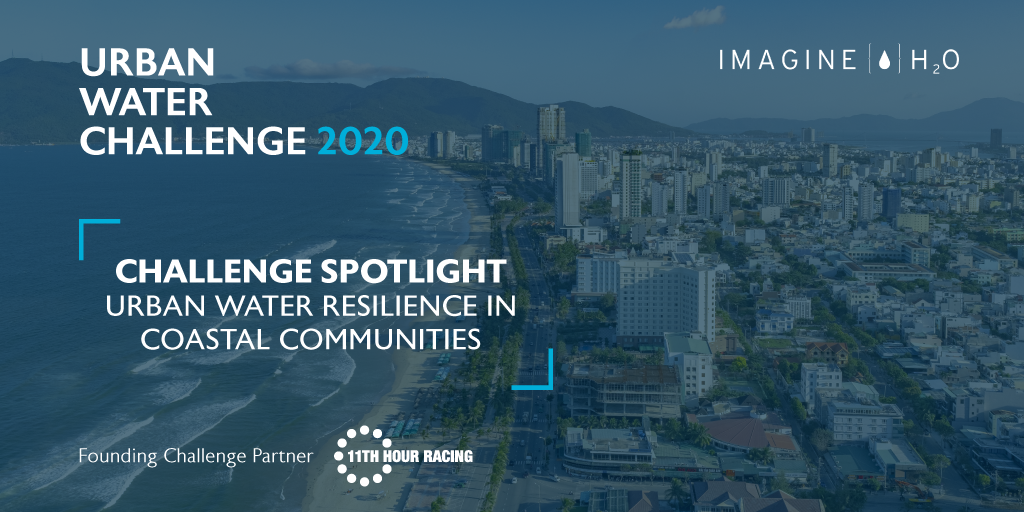 Learn more about the Challenge and see how you can get involved to solve our ocean-sized water problem. Apply today!

Scenario Planning: Imagining a Healthy Future for Fisheries and Oceans

Electronic Monitoring Could Be Key for Data-Poor Longline Fisheries