The Skeleton Revealed: Vertebrates As You’ve Never Seen Them Before

“By simply examining the skeleton of today’s vertebrates, one can gather a remarkable amount of information about the species with which we share our planet,” writes Steve Huskey in his incredible new book, The Skeleton Revealed: An Illustrated Tour of the Vertebrates.

Skeletons have long fascinated naturalists, including Charles Darwin and Alfred Russell Wallace. I have friends who keep wildlife skull collections. Others enjoy examining museum specimens. I once met some student bison researchers who were attempting to assemble a full bison skeleton from isolated bones they found during their daily forays on a prairie preserve.

I enjoy a good museum exhibit, but I admit I’ve often found skeletal displays to be static, lacking much connection to the real animal. That’s why The Skeleton Revealed immediately caught my attention. Here are vertebrate skeletons displayed showing their form and function. 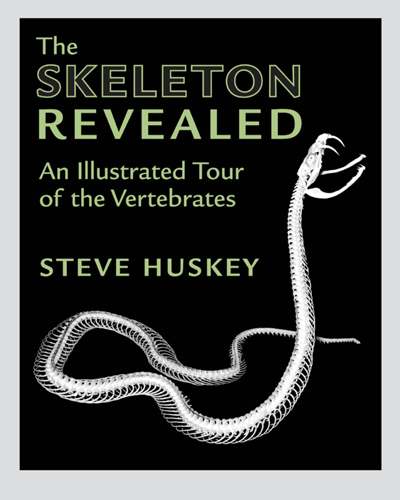 Huskey, an associate professor of biology at Western Kentucky University, is known for his skeleton displays. As he explains: “Their carcasses have been positioned in life-like poses, processed by flesh-eating beetles and meticulously reconstructed to reveal how their skeletons help them relate to the outside world and accomplish tasks.”

I especially appreciate the diversity featured in this book. Most of us are familiar with the skeletons of common mammals. This book includes fish, reptiles, amphibians and birds in a collection of stunning images.

Johns Hopkins University Press is producing some of the most interesting books on biodiversity recently, from the equally stunning photos of Life in the Dark to the laugh-out-loud celebration of insect stings, The Sting of the Wild. The Skeleton Revealed joins them on my bookshelf.

Thanks to Johns Hopkins University Press and Steve Huskey, we’re pleased to feature selected images here. There are many, many more equally stunning images found in the book. Enjoy these photos, all by Steve Huskey. 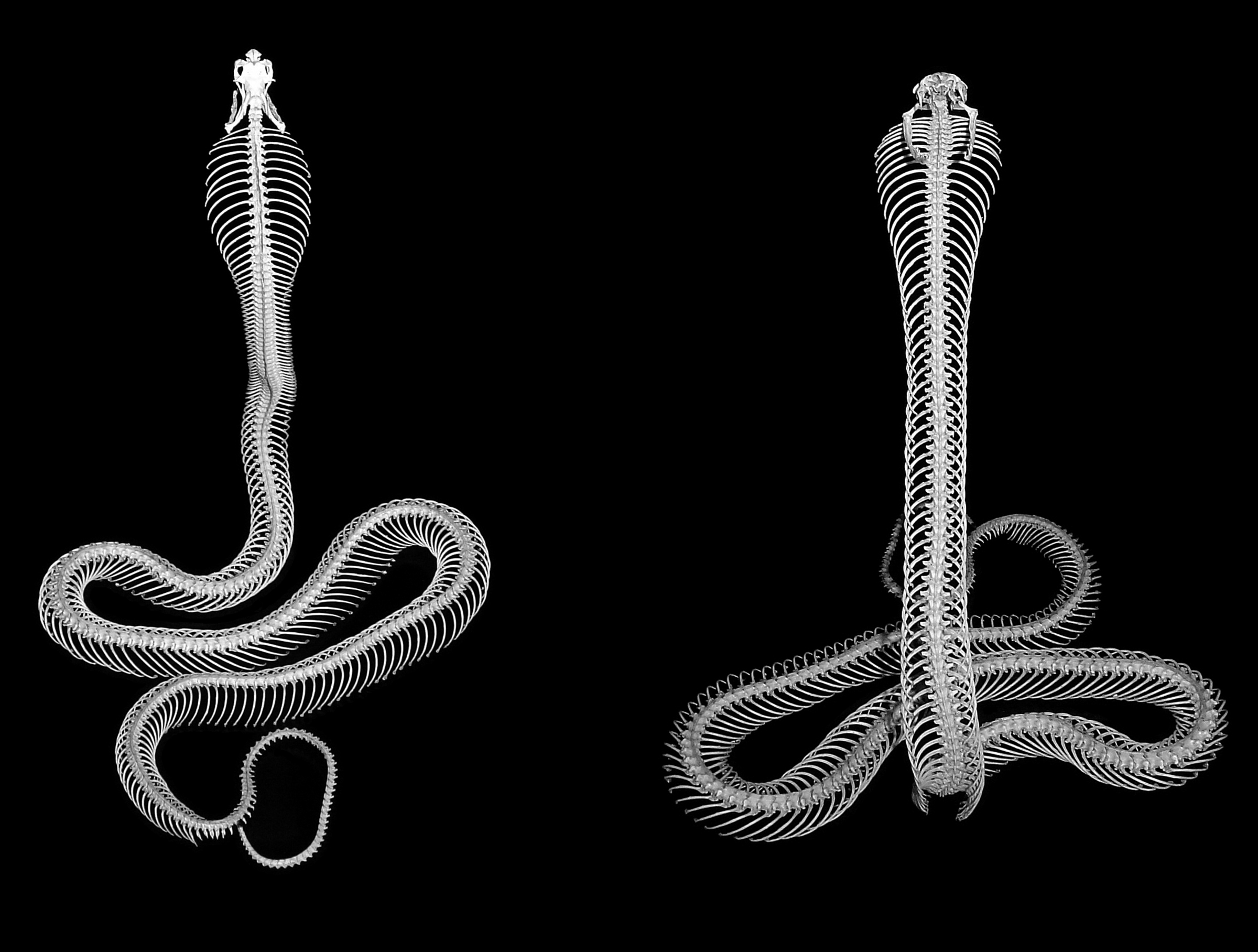 Forest cobra (Naja melanoleuca). Huskey notes: “The hood of a cobra is created by ribs that are modified to be much straighter than the rest.” 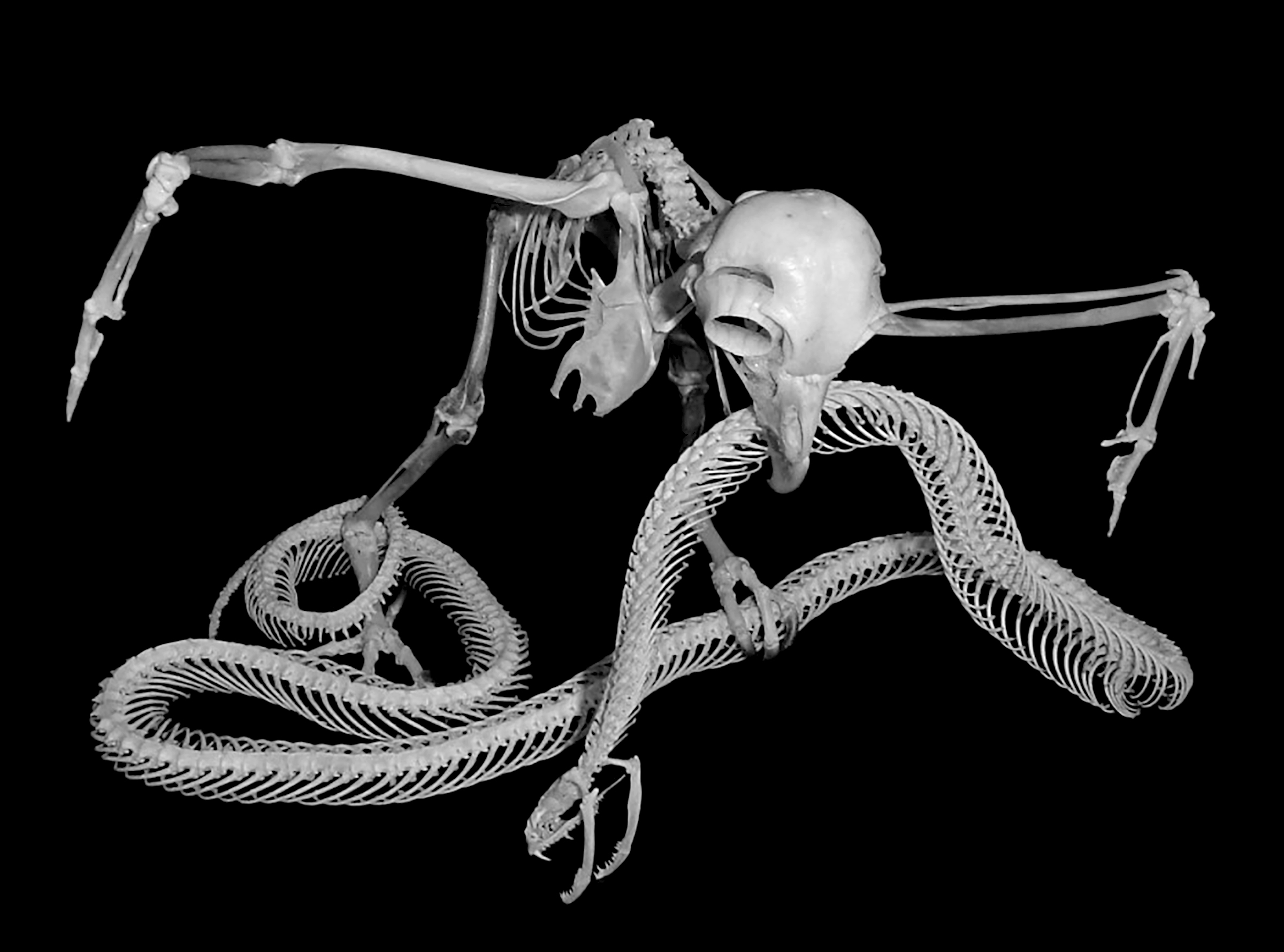 Philippine eagle owl (Bubo philippensis) preying on a Philippine cobra (Naja philippensis). I love how this display showcases the skeletal power of this bird, one of the largest owls in the world. 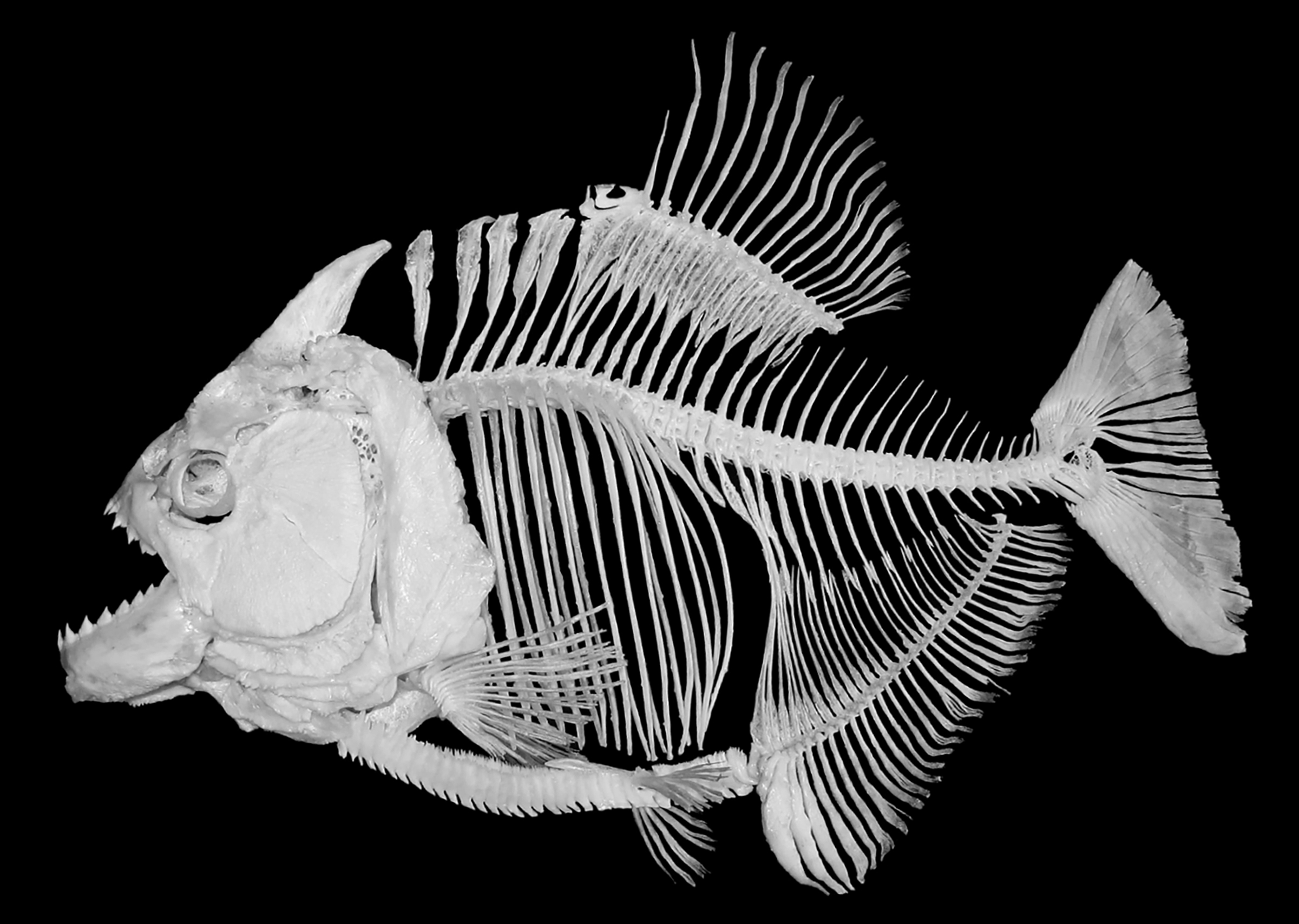 As Huskey writes, “The ultimate biters, redeye piranhas, or Serrasalmus rhombeus, have some of the most vigorous jaws on the planet.” Indeed. 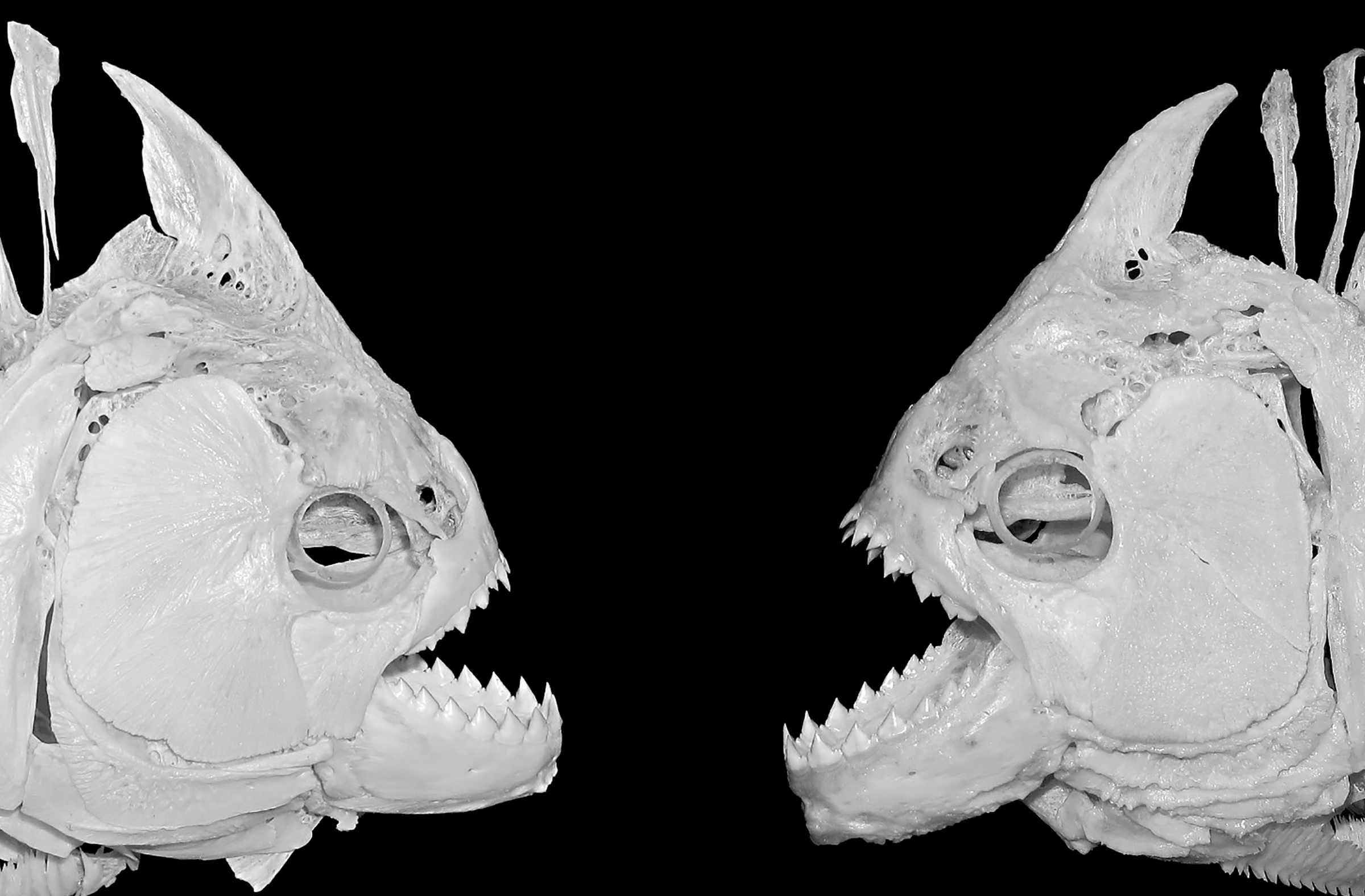 Another photo of the redeye piranha. Chomp, chomp. 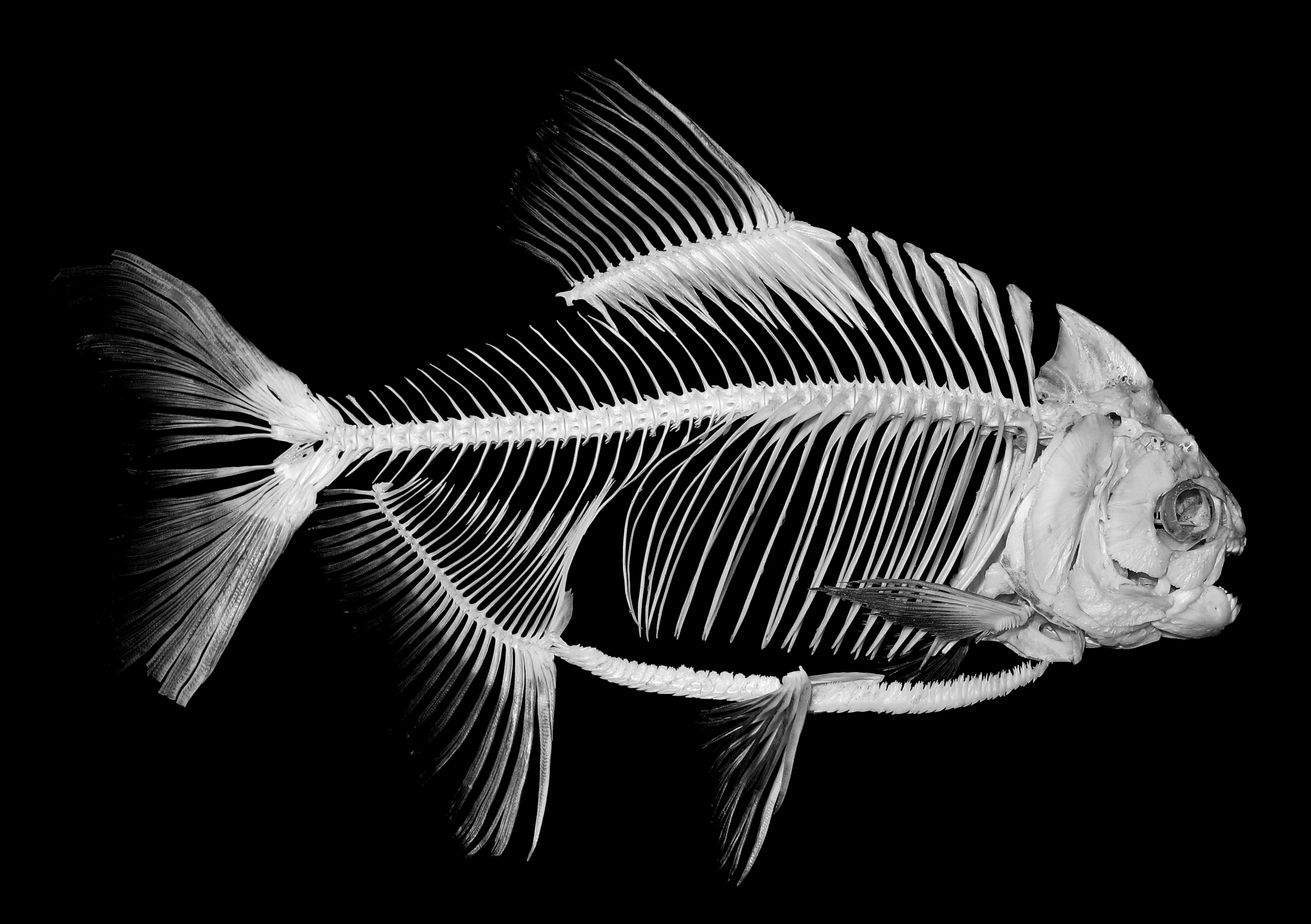 Pacu (Colossoma macropomum), another incredibly cool fish. It is not a flesh eater, instead focusing on fruits and nuts floating down the river. The upper jaw has two rows of teeth with a small, deep pocket between them. “This allows the nut or fruit to be held in one place while the mighty lower jaw is clamped down to crush the shell.” 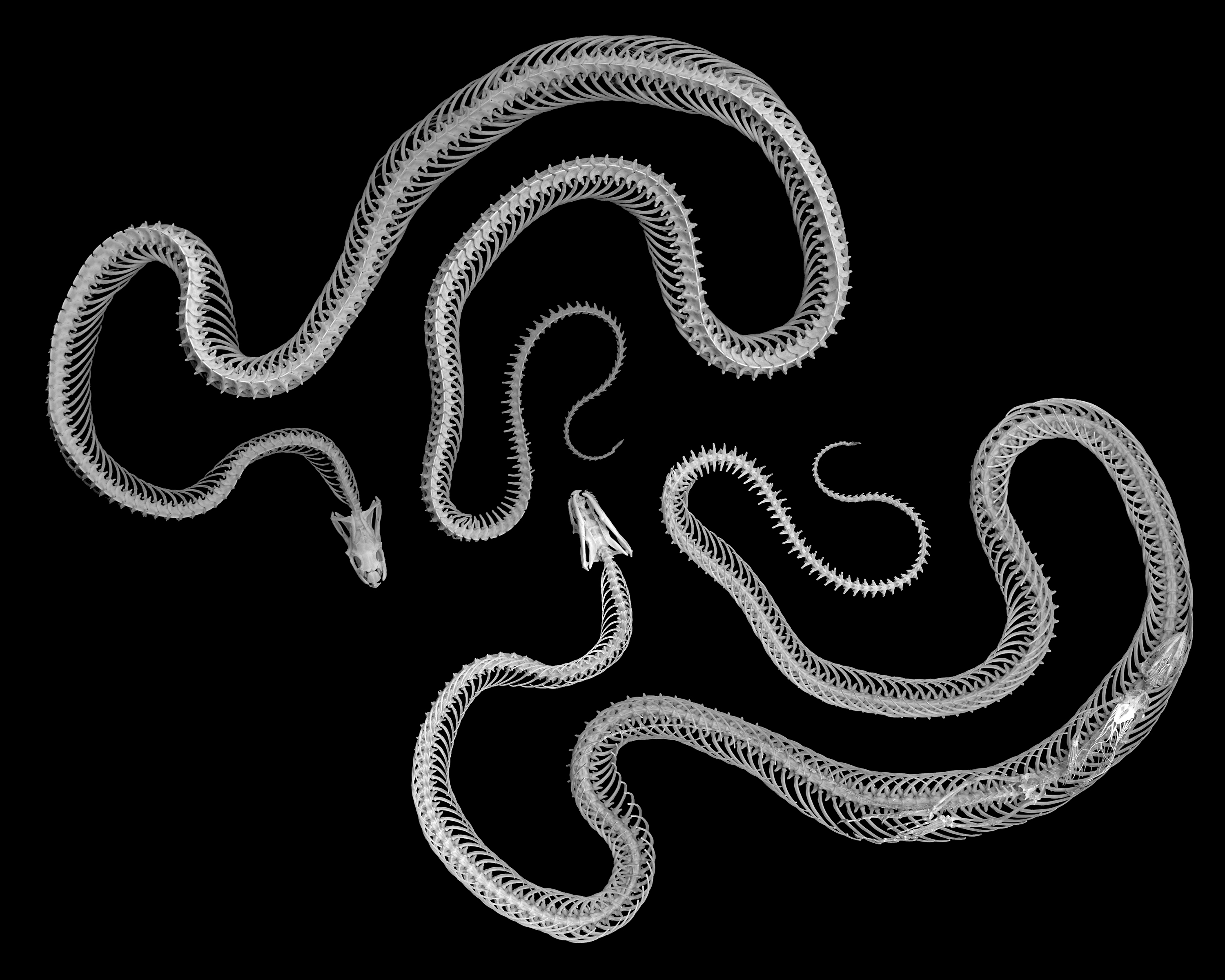 Central American rat snake (Pseudelaphe flavirufa). Note the bottom individual has a green iguana (Iguana iguana) in its digestive tract. Huskey: “Prey is swallowed head first to allow the legs or wings to fold back during the process.” 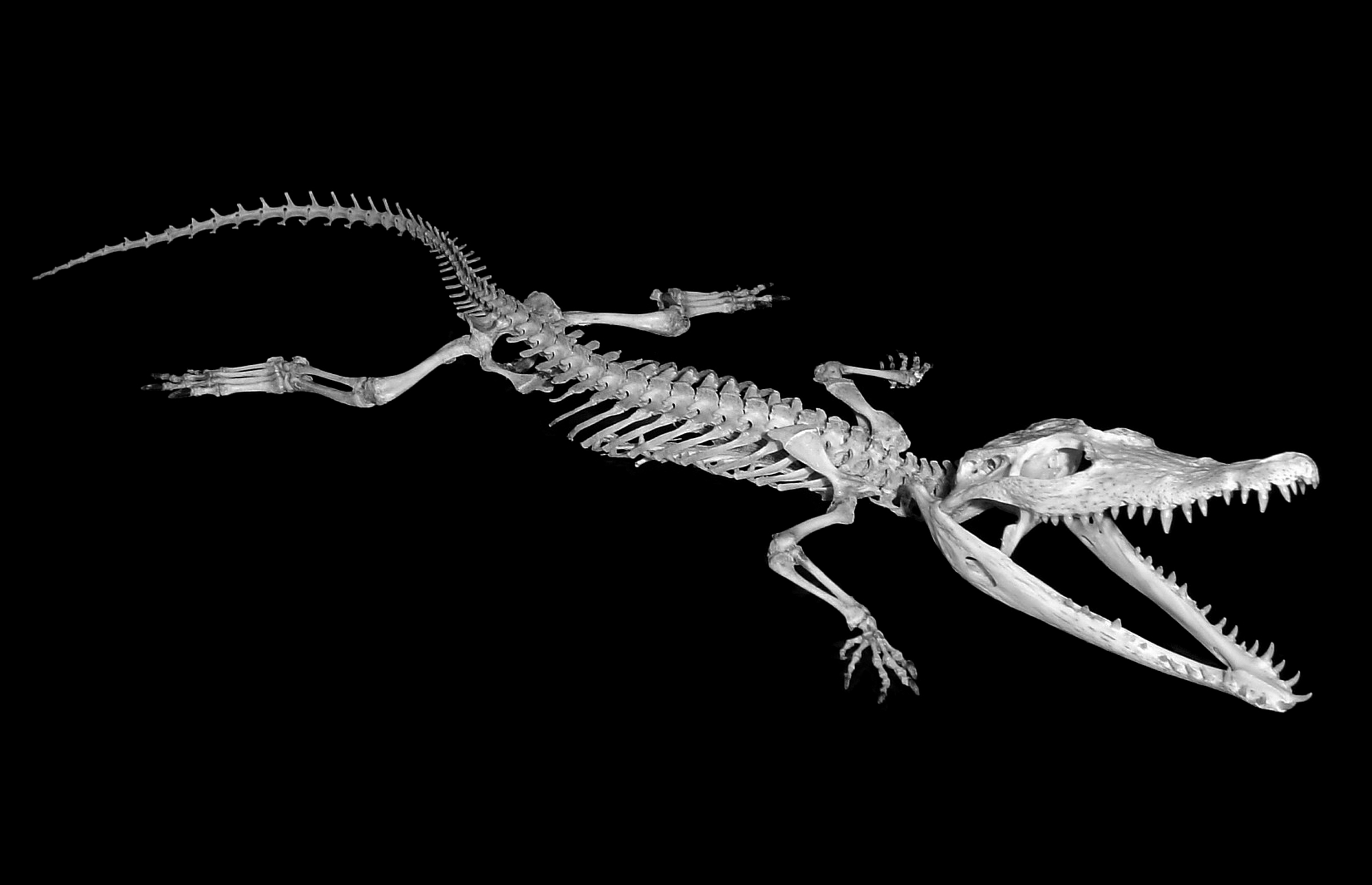 Nile crocodile (Crocodylus niloticus). I am not ashamed to admit I desperately want this one for my office. I suspect many readers of this blog will understand. 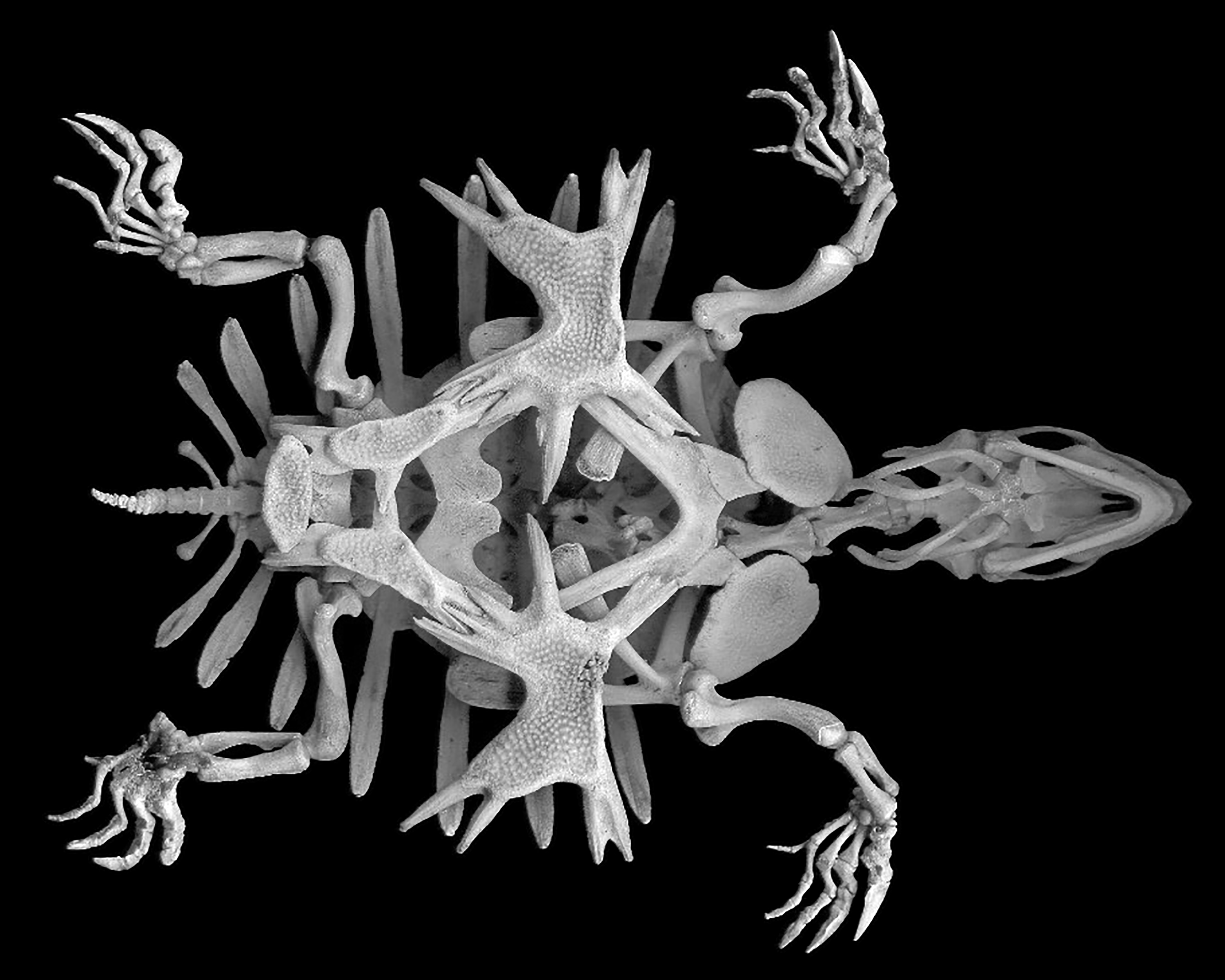 Indian flapshell turtle (Lissemys punctata). Note the greatly reduced shell. As Huskey explains, “This is not uncommon in aquatic turtles, because the struggles of swimming with a top-heavy shell make life too difficult. As such, evolution has selected for an overall reduction in the shell to help with buoyancy and swimming efficiency.”