A Cash Crop of Costa Rican Mammals (with a Sloth Cameo)

What would you do if a jaguar ate the chickens that your family relied on for food and income?

That’s a serious question and — with similar scenarios across the world from wolves and livestock in North America to elephants trampling crops in Africa — a difficult and important one for farmers and conservationists to work out.

One promising solution is Payment for Ecosystem Services (PES), a system in which people are paid to protect areas of land that benefit people in a variety of ways. For instance, a farmer might receive payments in return for maintaining areas of forest on their land that promote biodiversity, sequester carbon, filter water and improve air quality. Although PES programs often weren’t created with predation of livestock in mind, this win-win solution protects the livelihoods of farmers and transforms reactions to wildlife conflict.

“One year at four in the morning I got an email from a landholder that a jaguar had eaten his chickens,” Margot Wood of Texas A&M recalls. “I wrote him back in a panic — he was one of the PES landholders whose land we had put cameras on, and he has a wide diversity of mammals using his land. I wrote back to say I was sorry and I can help buy you new chickens.”

“He wrote back and said, ‘That’s not why I’m contacting you. I actually wanted to get a camera, because I wanted to take a picture of my jaguar; I have this jaguar on my property, and I want to actually see it.’ He could justifiably have been upset, but he was excited to see the jaguar and felt a sense of ownership over it.”

That’s the kind of transformation that can happen when people receive payment for being good stewards of the land and their livelihoods are supported by diverse wildlife — rather than one alternate scenario where livestock predation can be seen as a threat to human livelihoods.

Though the Tracking Costa Rica’s Mammals project working with PES participants has concluded, there are many similar projects available through EarthWatch, including at least one in Costa Rica.

Why Is PES in Costa Rica Important?

Farmers depend on nature to grow their crops and so have an interest in protecting nature for ecosystem services (like rich soil and clean water). In a virtuous cycle farmers would set aside land to remain wild and that land would provide them with a variety of ecosystem services, incentivizing them to continue to protect the land. 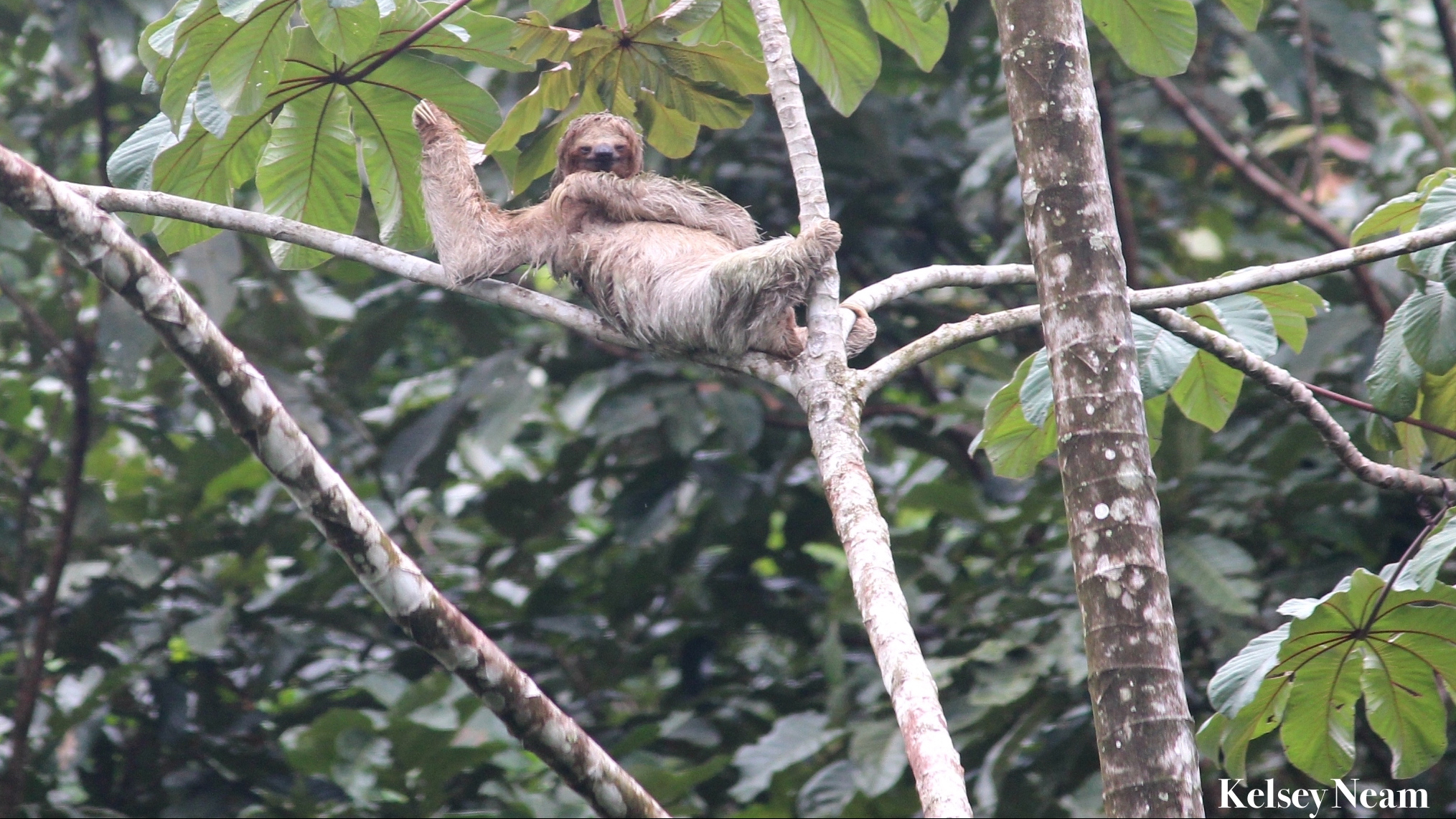 If the locations for the land set aside are well planned across multiple farms, then the land can provide further benefits to biodiversity, including habitat corridors for native wildlife.

That is one goal of the PES program in Costa Rica and the National Biological Corridor Program. To find out how well it is working for Costa Rica’s mammals, scientists Margot Wood and Kelsey Neam worked with citizen scientists through EarthWatch to track the abundance and location of mammals, like the brown-throated sloth, on and around PES lands.

“In addition to their high reliance on forest cover, sloths have limited dispersal capabilities causing them to be especially vulnerable to fragmentation of forests and habitat destruction,” Neam explains. This makes them a particularly good species to study as an indicator of habitat disturbance and ecosystem health.

The researchers found that PES drastically reduced forest loss within the lands whose owners received payment and provided habitat for a rich variety of mammal species, including large mammals like jaguars, pumas, capuchin monkeys and tamanduas.

During the study, Neam also made the first recorded observation of a brown jay eating arthropods off of a sloth and was able to capture it on video.

Thanks to help from the citizen scientists who provided assistance with observations, technology and analysis of the data, both researchers were able to make recommendations that will improve the value of PES programs in the future. In Costa Rica PES programs could be targeted in areas that will create intact corridors for wildlife, and landowners could retain more tree species favored by sloths, such as Cecropia.

How Can You Get Involved?

Although this program has ended, you can still get involved in similar citizen science projects.

EarthWatch offers a wide variety of citizen science expeditions around the world for adults and teens. They cost around $1500 – $4000, which covers your food and lodging for the duration of the expedition.

Participants work closely with researchers and are trained in data collection.

“When volunteers are trained well and you put enough effort into training in the beginning,” Neam says, “citizen scientists can collect data that is as great as scientists that have been trained for years.”

Combining science with travel can inspire a career in science; Margot Wood herself was inspired to become a scientist in part because of a study abroad program in Costa Rica. You can also support organizations that promote Payment for Ecosystem Services and other methods to reduce conflict between wildlife and agriculture.

With more than a third of the world’s land devoted to agriculture, working with farmers is a must for successful conservation. If you enjoy science and working with nature and you have the resources to travel for citizen science, your contributions can make a big impact around the world!