Can someone who can’t tell a house finch from a song sparrow become an expert birder in four months?

As I lay prone and shivering on my suburban front yard—in my pajamas and in full view of my neighbors— watching through binoculars as a turkey vulture picked apart the last earthly remains of a road-killed gray squirrel, I pondered the chain of events that had brought me to this moment.

It started when my editor had an idea for a blog series that essentially amounted to a kind of dare: Could you, he wondered, become a competent, if not expert, birder in the space of about four months?

Me? I said. Probably not.

Though I have long had an interest in birding, I have an equally long history of birding failure.

Which, go figure, apparently makes me perfect for what he had in mind.

Go forth, he said, and become an expert birder by the end of June. And, oh yeah, there’ll be a test at the end to measure your progress. Don’t embarrass yourself.

Becoming a Birder: the Mentor

Fortunately for me, the Zero to Hero: Birding assignment also comes with a world-class birder as a mentor: Tim Boucher. For his day job, he’s a geographic information systems (GIS) scientist at the Conservancy and blogs regularly about birds for Cool Green Science. He’s also well known as a birder’s birder, the kind who treks deep into the rainforest to catch a glimpse of a Bornean Bristlehead, and has traveled to more than 45 countries, braving civil wars and landslides, in pursuit of birds.

Once the news gets out that Boucher is showing me the birding ropes, other Conservancy birders occasionally stop me to express their jealousy.

Boucher is clearly a star and I’m hopeful that with such an accomplished and dedicated guide, this attempt – with the extra motivation that comes with the potential for public humiliation – will not end in frustration, failure, and ignominy.

I have visions of being Twitter-shamed by David Sibley because I can’t tell a house finch from a song sparrow.

I am really counting on Tim, and though he may not know it yet, he has his work cut out for him.

The Course of Study

“Best way to learn to bird,” he says at our first meeting, “is to go out and bird. Do you have a backyard?”

Yes. I live in suburban Maryland, not far from Annapolis. I have a yard and a couple of small parks near my house.

“Perfect. Here’s your homework: you need a good bird guide and good binoculars. Good binoculars,” he says again. “Not ‘opera glasses.’ Download and install Merlin on your phone. Set up an account at eBird. Spend some time watching and identifying the birds in your yard. Keep a list.”

That’s it? He eyes me in a way that makes me think he actually does know just how challenging this project might be. “We’ll start small,” he says. “And work our way up.”

It’s pretty far up. By the end of June, my goal is to be able to lead a credible (and enjoyable) bird walk. I’ll need to be adept with my binoculars and helping people find birds.

To build my foundation as a birder, I’m spending the weeks between now and then identifying and recording as many species as possible (using both the amazing Merlin app and eBird).

I’m also working on the dark art of identifying birds by their songs and calls, which is one of the necessary skills of an expert birder.

It’s “identifying birds by their songs and calls” that actually worries me the most. I’ve tried that before. Several times.

The same thing always happens. I listen to a series of calls and songs on a CD or an app until I can identify them reliably by ear. And then, I go out into the woods or traipse across a grassland and there are so many birds calling and singing. It’s overwhelming.

For me, trying to pick out an individual bird species by its song in the wild is like standing on the corner of State Street in Chicago at rush hour and trying to identify the make of a car by the sound of its horn.

A definite area of birding growth for me.

I’ll be checking in on the blog every week as I work on my skills. Right now, I’m practicing on the robins, crows, and cardinals in my yard. I also seem to have developed a somewhat unexpected (and possibly concerning) fascination with turkey vultures. 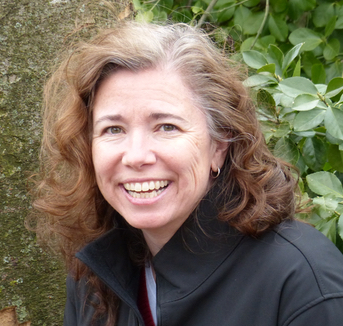 I understand that for many people, the birding obsession starts with warblers or shorebirds, woodpeckers or swallows, or some other bird of particular beauty or rarity or with a haunting, melodious song.

Sadly, I do not seem to be one of those people.

No, I seem to be the kind of person who becomes obsessed with a big, black bird that eats road kill and has a head so starkly bald and red it looks like all the feathers might have been scalded off in a catastrophic and disfiguring industrial accident.

Poor Tim. I don’t think he knew what he was getting into.

If you have any birding tips or words of advice for a newbie, please leave them in the comments. All help and encouragement appreciated.

Next time: I start on my reading list and go on a guided bird bird walk.