The Transformative Materials and Devices Laboratory at Yale University is not exactly what most people would consider a hotbed of breakthrough conservation science. Of course, as NatureNet Science Fellow Won-Hee Ryu points out with a smile, most people would be wrong.

“Energy technology is very related to the work of The Nature Conservancy,” says Ryu, who is pursuing his fellowship in the lab under the direction of André Taylor. “To circumvent environmental problems associated with fossil fuels and climate change, the world needs new energy technologies that are ideally carbon neutral (clean) and based on a renewable resource, like solar.”

A materials scientist and expert in nanotechnology, Ryu might not fit the perceived profile of a typical Conservancy scientist, but the work he and his colleagues are doing to develop new technologies to generate and store energy could, he says, “have as much benefit to society” (and nature) as traditional biodiversity conservation.

Their latest breakthrough? A new nanotechnology-based architecture for lithium-air batteries that could potentially open up a new era for electric vehicles by giving them the same mileage ranges as cars powered by gasoline.

Right now, largely because of the limitations of the lithium-ion batteries used to power them, the typical electric vehicle has a range of about 100 miles per charge. Scientists are interested in lithium-air (also called lithium-oxygen) batteries because they can theoretically store more energy (by weight) than lithium-ion batteries. That means, you could get more power with less weight and an electric car using a lithium-air battery could match the mileage range, about 350 miles, of an average gas-powered car.

So far, so good. Except, lithium-air batteries also have pretty significant challenges to overcome before they can be commercially practical. Of the many different types of catalysts tested in lithium-oxygen batteries, none have been able to overcome two key problems: low operating efficiency and poor cycle life (the number of times they can be recharged). 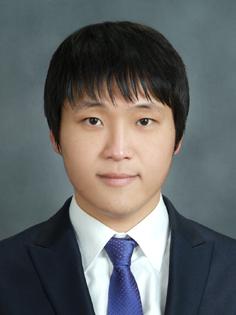 Now Ryu and his colleagues have developed a new lithium-air battery architecture, recently published in Nano Letters, that overcomes these primary obstacles. By inserting a nanoscale membrane as a layer within the battery, the team restricts the build up of insulating materials during discharge and improves battery efficiency.

Again, so far, so good. But there’s still a long way to go – and other challenges to solve – before lithium-air batteries can hope to move beyond the laboratory. Ryu is excited to continue his research under the auspices of the NatureNet Fellowship.

And while he might spend his time on science that is vastly different from the average Conservancy scientist, he still fits the profile. An avid hiker and climber (the mountains of his native Korea are a personal favorite), he pursued a NatureNet Fellowship, he says, because he wants “to solve problems – especially related to CO2 [greenhouse gas emissions] and since most of that problem is from the burning of fossil fuels…electric vehicles” are part of a potential solution.

And like all Conservancy scientists, he is animated by both the potential and the challenges of conservation in the 21st century. “I’m looking for the development of sustainable energy technologies,” he says. “It’s very exciting to me and what I’m most interested in.”

Our world faces unprecedented demands for food, water and energy — and meeting these demands without exacerbating climate change and degrading natural systems is the human challenge of our generation. That’s why the Conservancy has established the NatureNet Science Fellows Program in partnership with six of the world’s leading research universities — Columbia, Cornell, Princeton, Stanford, the University of Pennsylvania, and Yale — to create a reservoir of new interdisciplinary science talent that will carry out the new work of conservation, from rainforests and storm drains to nanotechnology labs, and everywhere in between.