Conservation science: You’re finally about to get a little freer.

Letters — which is associated with the Society for Conservation Biology — is the first high-impact applied conservation science journal to go completely open. Which might surprise some observers, since the field’s purpose is to influence conservation practice and how conservation is included in land-use planning and other societal decision-making.

Most insiders, however, know conservation is notorious for lagging behind other disciplines in terms of data- and knowledge sharing. In fact, a recent review in Conservation Biology of 20 journals aimed at conservation practitioners found that only 9 percent of their papers published since 2000 were freely downloadable — compared to 32 percent of journals in the field of evolutionary biology.

What’s behind the move? And might it galvanize more openness for the rest of conservation science publishing? Eddie Game, associate editor for Letters and Nature Conservancy senior scientist, gave me his take. 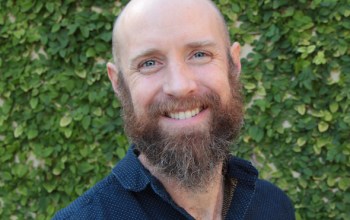 Eddie Game is the lead scientist for The Nature Conservancy, Asia Pacific Region. He is responsible for ensuring that the Conservancy remains a world leader in making science based conservation decisions, can robustly report on our impact, and that we get the greatest return for our conservation investments. Eddie has worked on conservation projects in over 15 countries, helping to apply innovative methods and analyses to projects as diverse as community protected areas in the Solomon Islands, grazing management in northern Kenya, and catchment restoration in Colombia.

Completely free to all readers, all material reproducible. When we discussed it, we decided: What’s the point of going open access if it’s not true open access?

So it’ll be freely available for everyone with the same kind of license you have at PLoS journals, where you can take the figures and reuse them. And the entire back catalog of Letters will also be open access with that same licensing arrangement.

Wiley came to us with the idea. We thought we needed to be bundled with the standard Wiley package to institutions. And they came back to us and said, “We’ve got one other journal that we’re trialing on an open-access model out. How would you be interested in trying the same?”

Despite our high impact factor, we have a really low subscriber rate. Because of the timing of its release, Letters doesn’t get bundled with a lot of other journals, and hardly any libraries buy journals individually these days. So very few people actually have access to it. And our niche is policy-relevant science, and that relevance was being limited by the kind of circulation we had.

Conservation Letters is not a moneymaking journal for Wiley, and they’re not really depending on it for that.  They want to occupy the niche we fill as much as anything

Q: Could the impact factor go up under open access?

The reason why quality often sucks for most open-access journals is that they’re online journals, so the incentive to put more papers out to generate revenue through authors’ fees without any real cost is very tempting.

Letters is going to be a little bit different in the sense that, at least for the foreseeable future, we are going to keep the number of issues and the number of articles per issue the same.  We won’t be putting out more content, and we aren’t under any pressure from Wiley to do so.  They would prefer to see Conservation Letters continue to climb in terms of its status and impact rather than publishing more stuff to make money.

So we have to not only maintain our editorial standards but make them even clearer and more consistent.  I expect the impact factor to increase with the greater exposure rather than decrease.

Q: Will author fees be a problem?

Some of the other editors were concerned authors from non-profits wouldn’t be able to afford the author fee to publish with us. My argument was that by the time non-profits have invested getting a piece of science or their work to the point of publication, they’ve already sunk a lot of money into it, and they want to get the maximum exposure for it.

So paying the extra $1,800 to have it published in a good open-access journal isn’t going to inhibit too many non-profit scientists.  And we are waiving the fee for scientists from developing nations. We pushed Wiley really hard on giving the associate editors and editor-in-chief the right to waive publication fees.

Q: Why hasn't this happened before in conservation science?

I’m not really sure. The discipline is pretty young and still rapidly growing. I wonder partly whether we haven’t matured to the point of thinking: “Our content isn’t increasing—how do we get greater exposure for it?”

Beyond that, it seems kind of bizarrely ironic that this discipline that aims for applied relevance — and it talks about itself as a very applied discipline — hasn’t seen more open access. Maybe people running conservation projects are not well funded, but I just find it really hard to believe that that is any different than evolutionary biology.  Given my experience in the last 15 or 20 years, conservation science has done far better in terms of getting some government grants and resources than evolutionary biologists.  I would be surprised if that’s the case.

Q: What do you think about the new hybrid trend in scholarly publishing — levying a surcharge for open licensing?

The hybrid model won’t work for most journals. It might for journals that trade on exclusivity, but it’s been available for a while, and it just hasn’t been very well taken up by the others. With Conservation Letters, we would probably have only one issue in three where an author paid for our hybrid open access. Either you are going to become a journal whose content is available, probably open access available, or it’s just the same journal, essentially. The response just isn’t there.

Q: How will Letters’ new approach impact other conservation journals?

Other senior editors of the other major journals in the field have been really enthusiastic about our move to OA, but none have indicated that they are likely to head down that road.

We can hope, but I can’t see it happening in a really rapid time frame. I think they will all be looking at Conservation Letters to see what happens to our impact factor.

That’s what many of them care about.  If we are able to be, say, like PLOS Biology and keep it high and keep it as a powerful journal, then I think many journals will be thinking seriously about it.

Journals don’t cost that much money to run. And Conservation Letters is online only. So even on the small distribution we have, at six issues a year and 10 papers an issue, Wiley will be covering their costs.

It won’t be too long before the vast majority of funders oblige scientists to put their research in open access.  Soon all government agencies and most private foundations will insist it.  In 10 years, I suspect that open access will dominate publications, just because it’s demanded by the funding sources, and the costs for doing that will come down.

One of the trends I think we’ll see is institutions getting together and agreeing to pay open-access charges, just as libraries pay for subscriptions.  For instance, Wiley has essentially a subscriber program where universities pay a set charge to Wiley, which covers the open access publication costs of their scientists.

For NGOs, the SCB membership discount is kind of a start in that direction, but perhaps we will get to a point where we have a similar institutional subscription. We’re currently exploring options with Wiley, so perhaps TNC will be a leader in this regard.